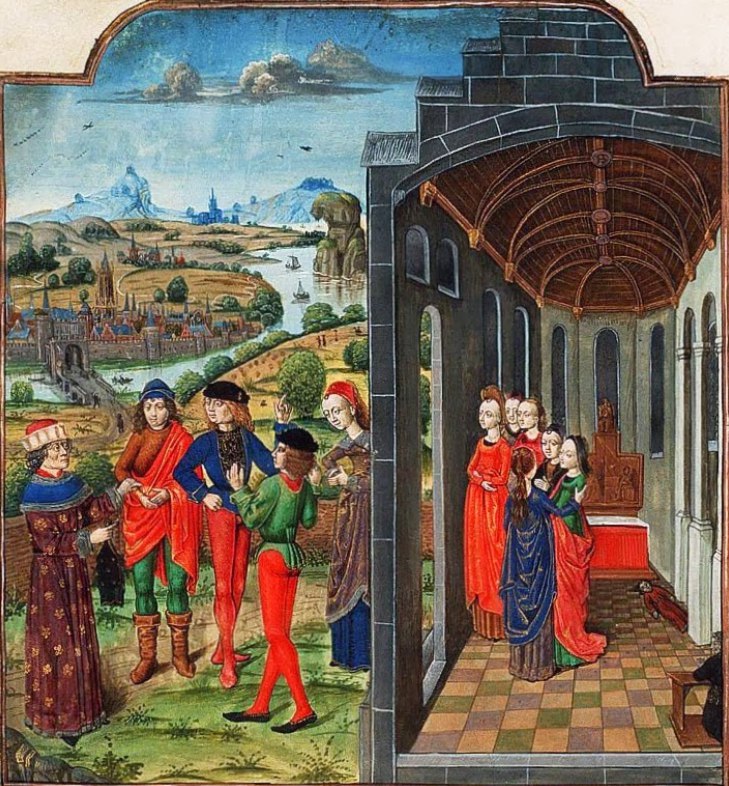 When the years had reached the tale of one thousand three hundred and forty-eight in the illustrious city of Florence, the fairest of all the cities of Italy, there made its appearance that deadly pestilence, which, whether disseminated by the influence of the celestial bodies, or sent upon us mortals by God in His just wrath by way of retribution for our iniquities, had had its origin some years before in the East, whence, after destroying an innumerable multitude of living beings, it had propagated itself without respite from place to place, and so, calamitously, had spread into the West. Despite all that human wisdom and forethought could devise to avert it the doleful effects of the pestilence began to be horribly apparent by symptoms that shewed as if miraculous.

Moreover, the virulence of the pest was the greater by reason that intercourse was apt to convey it from the sick to the whole, just as fire devours things dry or greasy when they are brought close to it. Any that touched the cloth of the sick or aught else that had been touched or used by them, seemed thereby to contract the disease. I say, then, that such was the energy of the contagion of the said pestilence, that it was not merely propagated from man to man but, what is much more startling, it was frequently observed, that things which had belonged to one sick or dead of the disease, if touched by some other living creature, not of the human species but of the cows, pigs, sheep, goats, dogs, cats, were not merely of sickening, but of an almost instantaneous death.

In this extremity of our city’s suffering and tribulation the venerable authority of laws, human and divine, was abased and all but totally dissolved, most of whom, like the rest of the citizens, were either dead or sick, or so hard bested for servants that they were unable to execute any office; whereby every man was free to do what was right in his own eyes.

The Decameron by Giovanni Boccaccio